Hi there. It’s Richard Mews here from Property Result Investments and I’m writing again for our weekly catch up.

I’m currently at Browney Lane, the Lodge, where we’re starting our first serviced accommodation. I’m excited to announce that we are near to taking the next step for the property.

The property will soon be open to guests. You can expect it to be ready at about the 10th to the 15th of August. It’s a very nice property that can house about 25 people. It’s finishing touches are now getting done. All of the broadband, that has been wired in and completed, are now all up and running. The refurbishment is really going well. Apart from those that I have mentioned, there’s just a little bit of plastering to do in one room. Also, they’ve boxed a big sauna in, because it won’t be of use. Overall, things are going on there pretty good.

This week there’s also been a lot happening with our flats in York. We’ve got quite a few block viewings for them booked for next Saturday. We have a block of four, two of two, and a single flat. For all of the properties, we are getting a lot of interest, even from people from abroad. Someone from Singapore who’s  living here temporarily is coming to look at the two pairs. At the same time, there’s also someone else looking at the other flats.

Based upon the current interest, we expect the properties to get away soon which is fantastic.

We’ve also got two two pairs of flats in Sunderland, and it’s going to be posted on the website.  They’re quite a nice investment. They are located in a good area of Sunderland, the Southwick area, which is right north of the river in the central. They are two large semi detached houses and they’ve got two flats each, one upstairs and one downstairs.

One of the properties has one bedroom, while the other one has two bedrooms. The one bedroom unit rents out at £400 a month, and the two bedroom at £425, same with the other property. Considering that for the price of £105k. this is going to give a nine and a half percent yield. It’s working for tenants as well. Which makes it a strong investments in Sunderland. For the lucky buyer, this is going to be a nice, steady yield in a decent area.

Another thing that made me quite busy this week were the two houses in Bishop Auckland, in the Eldon area that I visited. They need a lot of work on them, the owner came up from London but still can’t decide what he wanted to do with the properties. He actually bought them with his pension and then with just a bit of refurbishment, he plans to let them. He’s got the right attitude being in this kind of business. I like how he sees them as a long term investment, and willing to spend a little bit of money to do that. I connected him with one of our contractors who quoted for the refurbishment. Hopefully, they’ll proceed nicely with the plan and earn him a very good monthly revenue. Considering that these properties were only bought at about £20-£30,000, they have the potential to bring in a double digit yield.

That’s what you can call a really good investment.

During this week, I’ve also got a portfolio to look at. The lady is wanting to sell her properties and retire. Some of them are in Ashington in Northumberland, which is a great rental area. I’m waiting for them to come through. Apart from those in Washington, she’s also got some in South Wales. I still haven’t seen the latter as I don’t normally operate outside of our area. However, if I can get enough information, I can send somebody local to have a look at them. We can then try to sell them all. I’m not trying to go nationwide. Like I said, I’ll stick to the North East, but the other properties she mentioned are quite interesting.

For next week, we’ve also got some other properties to go and see. I’ve got one in Newcastle which is a nice three bed flat on a Tyneside lease. That will be a nice investment for somebody who doesn’t want to do refurbishments and stuff. It’s actually been owner-occupied, it’s really done and maintained to a high standard. I’m going to visit that next week and will let you know what I think about the property. I think a lot of my time next week is going to this property. It’s in pristine condition which makes it easier to accelerate the process. Don’t want to waste that opportunity. We’ll get on fast with the process and then we can let it.

Serviced accommodation is in demand, and we’ve got to fill that demand. But, other than that, I will still be sourcing properties. I’ve got one or two more in the pipeline that … what I call prospects. 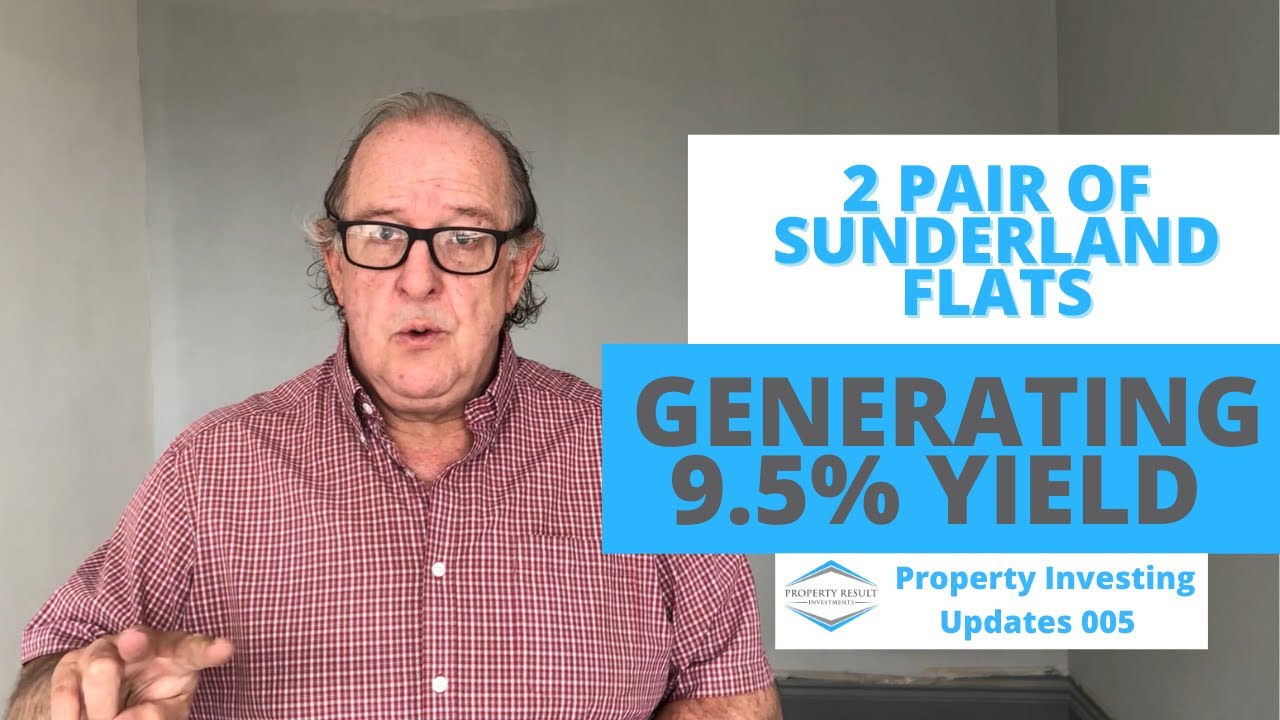